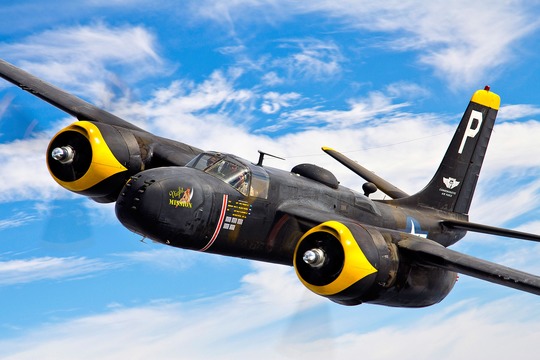 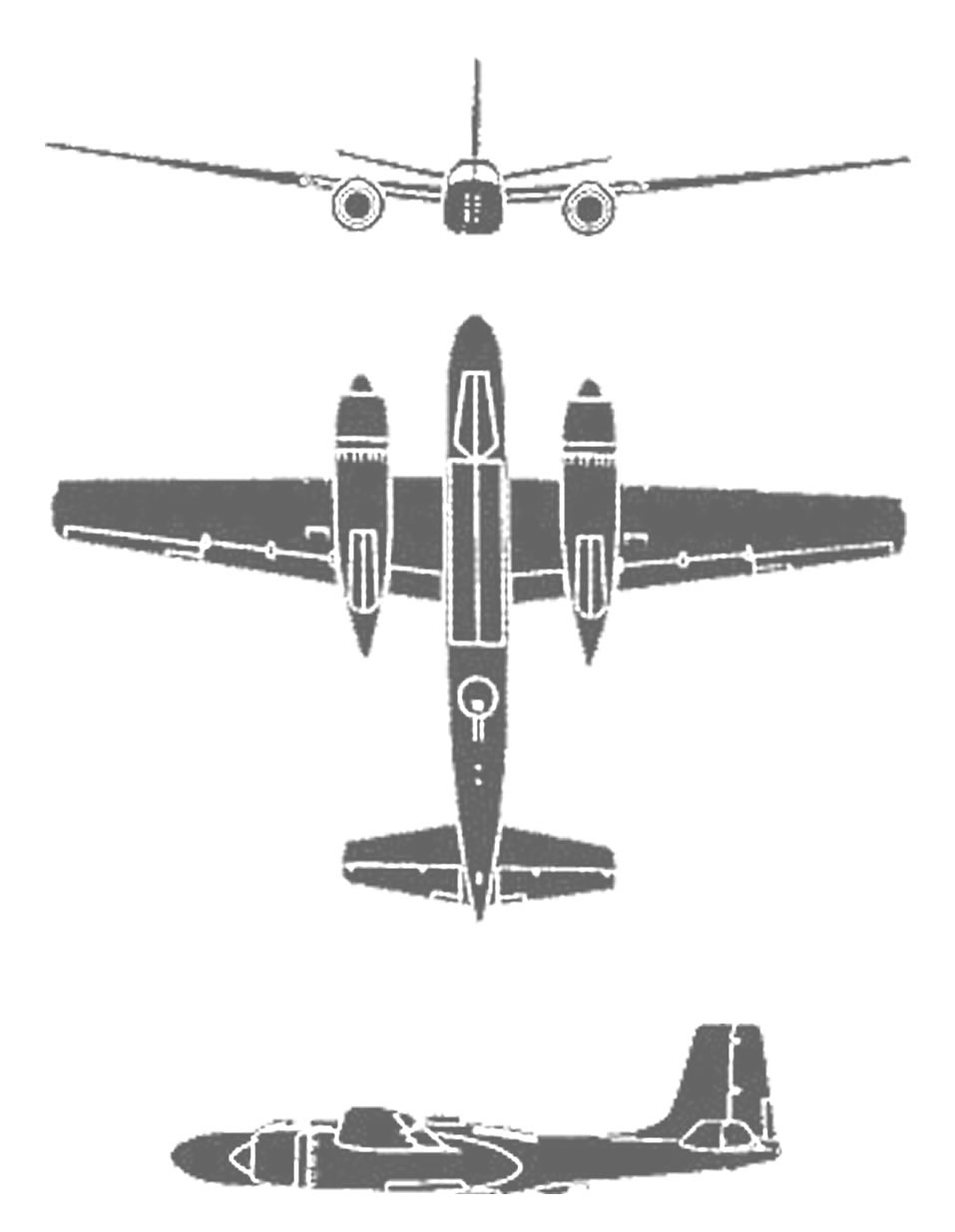 On March 13, 1950, the aircraft was stricken from the USAF inventory and sold on the civilian market. The aircraft spent 2 years in storage until Alex Oser, a scrap dealer bought it and 13 other A26's in January of 1952. On March 19, 1952, the aircraft was sold to Texas Railway Equipment Co. of Houston; this aircraft being one of nine sold to this company. Later, seven of the aircraft ended up going to the French Air Force.

The Douglas A-26 Invader (designated B-26 between 1948 and 1965) is a twin-engined light bomber and ground attack aircraft that was built by Douglas Aircraft Company during World War II which also saw service during several major Cold War conflicts. A limited number of highly modified United States Air Force aircraft served in Southeast Asia until 1969. It was a fast aircraft capable of carrying twice its specified bomb load. A range of guns could be fitted to produce a formidable ground-attack aircraft.