Grand Junction, Colorado, July 14, 2021- During the recent visit by the CAF Airbase Arizona’s B-25 Maid in the 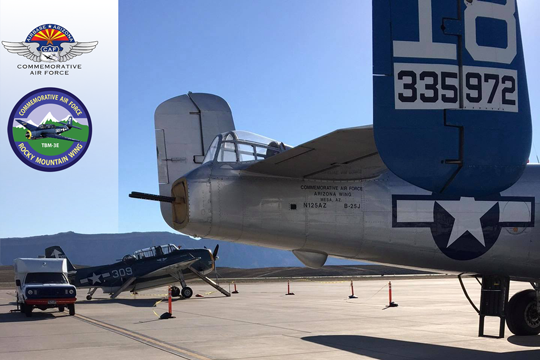 In the Rocky Mountain Wing’s decades-long history, they have had their fair share of maintenance and restoration matters to resolve, so the wing members were happy to step in with support. 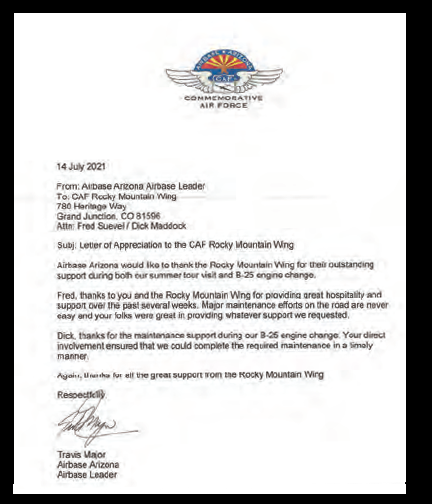 The first diagnosis indicated that the B-25’s R2600 engine probably suffered some of the same issues that recently plagued the Rocky Mountain Wing’s TBM Avenger. One may be surprised to know the B-25 and TBM avenger share the same engine-type. Unfortunately, that issue required a complete engine tear down to repair.

However, the CAF Airbase Arizona, keeping the aircraft flying is vital for their operations and they had a spare engine at their facility in Mesa, Arizona. They transported the engine to Grand Junction and were able to swiftly replace the engine.

When the B-25 Maid In The Shade’s replacement engine arrived, it was swiftly swapped out for the ailing engine and test flown on July 10. All checked out well and Maid in the Shade was able to rejoin the Flying Legends of History Tour as scheduled.

CAF Airbase Arizona Leader Travis Major sent the Rocky Mountain Wing a letter of Appreciation. That’s what family is for!