LOS ANGELES, CA (September 13, 2022) - Seventy-five years ago, Captain Chuck Yeager broke the sound barrier in spite of many experts who thought it couldn’t be done and that the pilot and the airplane would burst into a million pieces.

Now 75 years later, he’s coming out with a new book:

Being the first pilot to break the sound barrier was only one of many notable points in General Chuck Yeager's career. He began his career in 1941 with the United States Army Air Forces. He started as an aircraft mechanic before enlisting in flight school and being promoted to the rank of Flight Officer. He achieved most of his aerial victories in the P-51 Mustang where he was credited with shooting down 11.5 enemy aircraft. He later went on to earn the status of "ace in a day" by shooting down five enemy aircraft in a single mission.

To learn more about General Chuck Yeager's life and career check out his book and register to attend Warbird Tube - The Life of Chuck Yeager with Victoria Yeager at the link below. 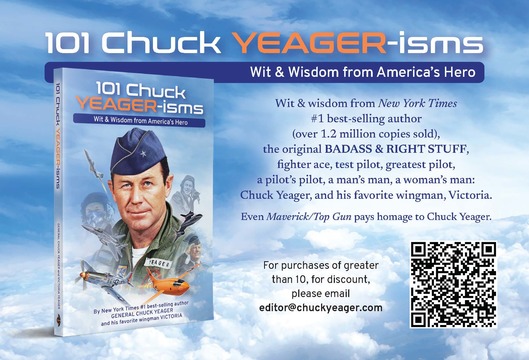 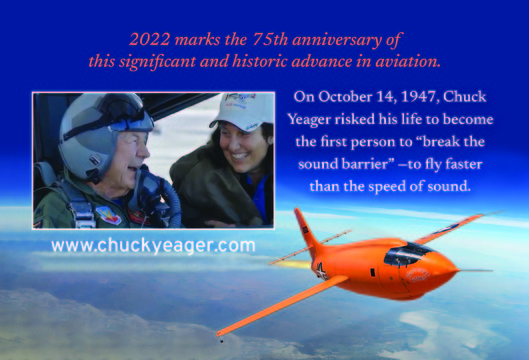