May 21,2021, New Orleans- The American Spirit Awards is an awards gala celebrating individuals and organizations whose work reflects the values and spirit of those who served our country during the World War II years. We honor those who inspire others through their own acts of courage, sacrifice, initiative and generosity—particularly in the areas of leadership, service to country or community and education.

Dan Fordice
The National WWII Museum will host its first all-virtual American Spirit Awards celebration on Friday, June 18 at 7:00 p.m. Central. The engaging online experience will bring together Museum supporters from across the country to honor the 2021 American Spirit Award, American Spirit Medallion, Silver Service Medallion, and Billy Michal Student Leadership Award recipients and to celebrate the lasting legacy of the WWII generation. Event sponsorships and donations will provide vital support for the Museum’s expanding educational programs during this pivotal time.

Since its beginning as The National D-Day Museum, the Museum has bestowed this award upon individuals who demonstrate extraordinary dedication to the principles that strengthen America’s freedom and democracy. Through their work and philanthropy, American Spirit Medallion recipients exemplify the highest standards of integrity, discipline, and initiative while making unselfish contributions to their community, state, or nation. 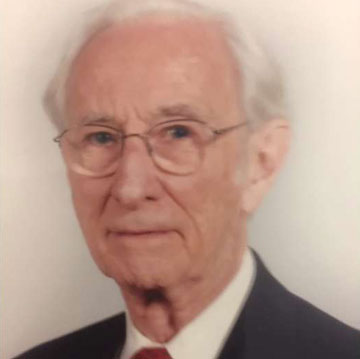 2021 American Spirit Medallion Recipient and CAF Member Captain Daniel K. Fordice III, USAF (RET.) is an avid aviator who served in the U.S. Army and Mississippi National Guard. Fordice has flown vintage World War II aircraft across the world, including the CAF's C-47 That’s All, Brother from the D-Day invasion, and is the founder of two nonprofits that honor veterans and active-duty service members. Thank you for all you do to keep the memories of the Greatest Generation Alive!

The president of The National WWII Museum awards the Silver Service Medallion to veterans and those with a direct connection to World War II who have served our country with distinction and continue to lead by example. This year, Major John H. “Lucky” Luckadoo, USAF (Ret.), will receive this distinguished award. Luckadoo was assigned to the 100th Bomb Group, the “Bloody Hundredth,” where he served as a B-17 bomb pilot and Squadron Operations Officer with the Eighth Air Force. Today, the French Legion of Honor recipient continues to share his World War II experiences as he works to establish a national holiday for Home Front heroes. Luckadoo has attended several CAF events and received the CAF's Greatest Generation Award in 2018 for his willingness to share his life's story in order to educate, inspire, and honor others.

Learn more about the event online at https://www.nationalww2museum.org/events/special-events/american-spirit-awards.