Mesa, Arizona (May 26, 2022) - Two Arizonans who served with the 6888th Central Postal Directory Battalion were recognized in ceremonies held at Airbase Arizona May 24, 2022, to announce the award of the Congressional Gold Medal to the unit for their vital service in the European theater of war during World War II.

Arizona residents Major Fannie Griffin McClendon and Corporal Lydia Thornton served with the 6888th during the War. The establishment and deployment of the pioneering unit was credited with breaking through serious shipping, sorting and delivery holdups that blocked Army postal operations. The legendary 'six-triple-eight' was a vital support function for every military unit spread across the European theater -- including countless Army Air Corps bases located far and wide with a moving front line.

Major McClendon, age 101, was present for the ceremony and the daughters of now deceased Corporal Thornton represented their mother at the event.

The ceremony was organized and held by the Arizona chapter of the Tuskegee Airmen, who have a long relationship with the Airbase. Retired Air Force Colonel Wanda Wright was the master of ceremonies for the full house filled with representatives from the governor's office, the cities of Tempe and Mesa, and congressional offices of several Arizona districts. The award of the Congressional Gold Medal to the 6888th was signed into law by President Joe Biden on March 14, 2022.

The 6888th Postal Directory Battalion was the largest all-female, all-black battalion to deploy overseas for World War II. Formal national presentation ceremonies will be held after the U.S. Mint completes design and strikes the presentation medals.

The inspiring ceremony was streamed and recorded and may be viewed at https://mindmaze.net/6-888/. 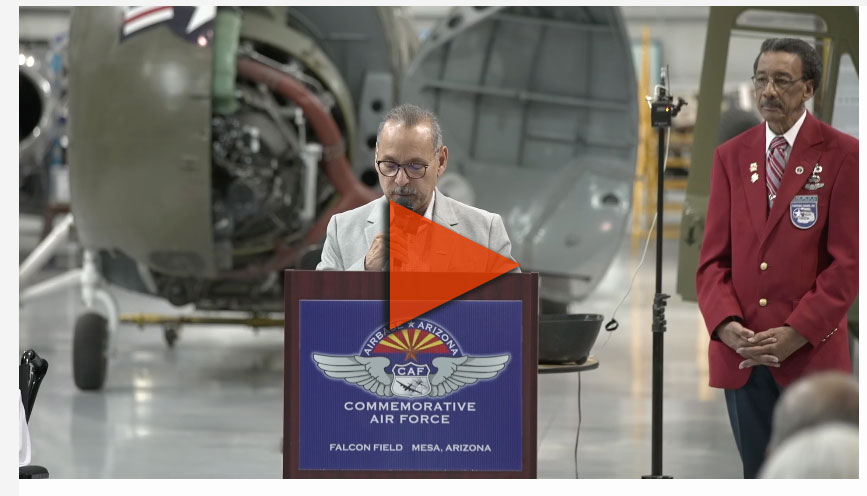