**August 1, 2019 - Riverside, CA - **Join us and celebrate on August 5, 2019 at Noon Riverside Municipal Airport Terminal Building. The accomplishments of the Doll and her crew were Epic. Over the past 3 months our Doll, “From Riverside” was part of a larger group of 15 like aircraft from North America called the “75th D-Day Squadron”. 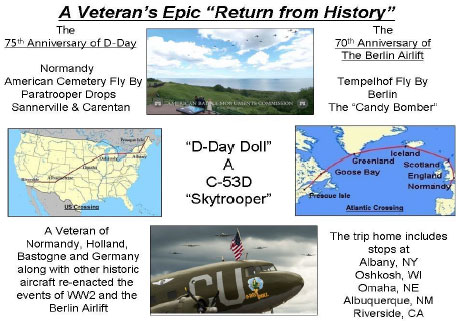 Below are the accomplishments that the Doll was part of every step of the way and much more.