January 23, 2020, Northampton, Northamptonshire, England, United Kingdom The Commemorative Air Force (CAF) is excited to announce our newest unit being formed in the U.K. With the recent tour last summer of C-47 That’s All, Brother and C-53 D-Day Doll to participate in the 75th Anniversary in D-Day, there was a surge of interest to start a U.K. Wing of the CAF. CAF member Duncan Aran and his wife Elizabeth provided support services during the tour and have decided to keep up the momentum and establish a unit.

The Aran’s are currently attending events in England looking to promote and recruit for the CAF. They are scheduled to be attending the Harborough at War on August 8-9, and Sywell Aviation Museum Open Hangar Day. In addition they have begun a speaking tour with Veterans Groups, Modeling Groups, and Historical associations. While the UK Wing does not have an aircraft, yet, the focus on getting people engaged is sizzling. You can learn more about the UK Wing and contact Duncan Aran at https://commemorativeairforce.org.uk/.

This is not the first Wing to be established in Europe the CAF currently has a French Wing and Swiss Wing. 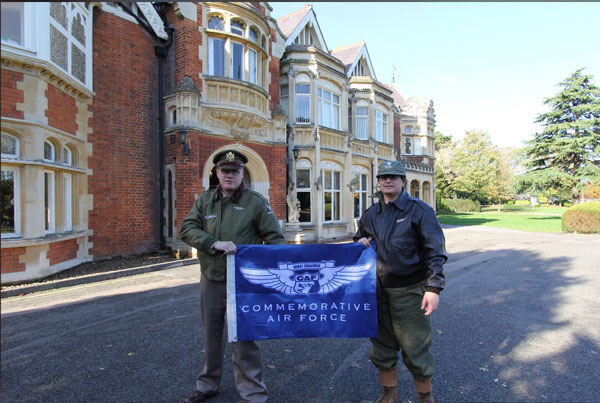 The Commemorative Air Force established several units in the past few months. Here are a few of the newest units and where they are located.

If you are interested in forming a unit, the steps are pretty simple. • A letter of petition must be submitted • Operations Staff will review petition and visit with the group • The President approval is requested.

The petition includes the following. 1. A proposed name of the group. 2. A geographical location of the group 3. A minimum of 15 signatures of 15 active/current members are needed. 4. A roster of temporary members to fill the following positions: Unit Leader, Executive Officer, Adjust Officer, Finance Officer, Operations Officer, Maintenance Officer, Safety Officer,

For additional information about creating a unit or joining one of these units shoot an email to operations@cafhq.org.

To find existing units near you, visit the unit locator map at https://commemorativeairforce.org/units