Little Rock, Arkansas, August 8, 2019 - The Commemorative Air Force Razorback Wing welcomed the arrival of their newly assigned 1941 Ryan PT-22 Recruit named Miss Cherie on August 8, 2019. She is currently in the Little Rock area and will soon move to a more permanent location in central Arkansas.

CAF Colonels Jeremy Lashbrook, Chris Smallman & Roland Dancy flew her in from CAF Headquarters in Dallas. Miss Cherie had been assigned to the Old Dominion Squadron for several years before coming up for reassignment.

CAF Razorback Wing Member and volunteer Chris Smallman said "We are excited at the Razorback Wing to have her at her new home. Arkansas hasn't had a Wing (CAF Unit) in many years. We are all excited about showing her off when the AirPower (History) Tour comes to Fayetteville and building a strong Wing. We are already working on a campaign to prepare for an engine rebuild in the future. The group has worked hard to get her home after some necessary engine work. Me personally, (I) am just thrilled with her, she is absolutely beautiful!"

This achievement was made possible by the support of entire Razorback Wing volunteers. For more information about the Razorback Wing visit their website at www.cafrazorbackwing.aero or follow them on Facebook at Facebook.com/CAFRazorbackWing 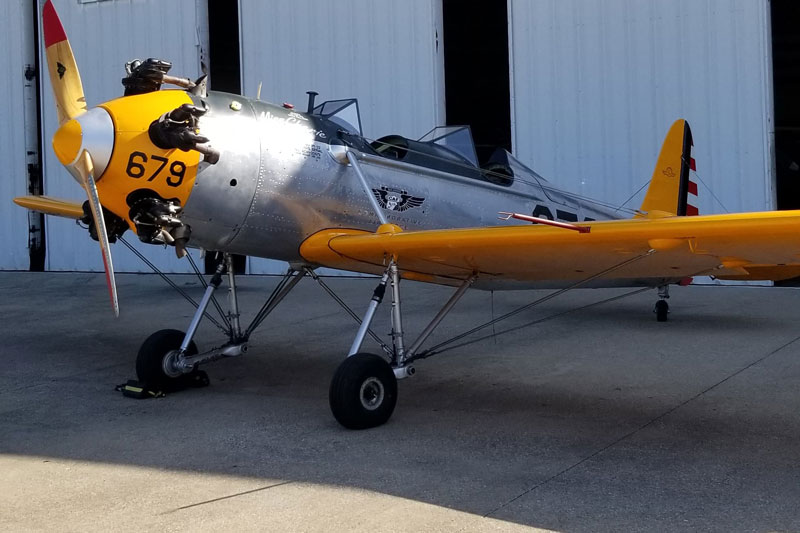