Reno, Nevada, May 29, 2020 - Despite unforeseen delays, the CAF Nevada Wing members have continued to make progress in restoring their Stinson AT-19. Dealing with COVID-19 has made working schedules a little challenging, but dedicated members refuse to let the situation derail the project to restore this historic aircraft. The CAF Nevada Wing maintenance officer Wesley Brock sent in some recent photos to update those following the project’s progress. Brock states that the wing has gained a few new members that have been volunteering their time to work on the aircraft. He went on to say that the work was being done with safety and social distancing in mind with the goal to bring a piece of history back to the sky.

About this aircraft: The aircraft, bearing its original Royal Navy serial number, FB768 is essentially an updated version of the Stinson AT-19/UC-81 which served in the U.S. military during the war. She is a derivative of the civilian Stinson Reliant. Stinson’s factory in Detroit, Michigan built 500 of these aircraft exclusively for the Royal Navy under the Lend-Lease program. The type served in many military roles from liaison to reconnaissance. FB768 was nearly the last of these Reliants to roll off the production line, having construction number 496 and received the temporary U.S. Army Air Force serial number, 43-44209, before allocation to the Royal Navy in late 1944. She arrived in Newark, New Jersey by air in December 1944, but it wasn’t until February 1, 1945 that she was placed aboard a ship for England. The Royal Navy transferred the aircraft to Royal Air Force for service in South East Asia, shipping her to India on March 1, 1945. After the war, the Reliant was one of many which Britain returned to the U.S. aboard a Royal Navy-operated Lend-Lease jeep carrier. 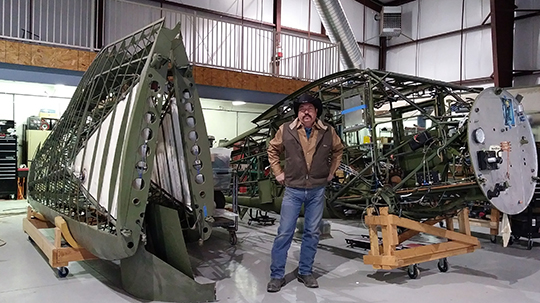 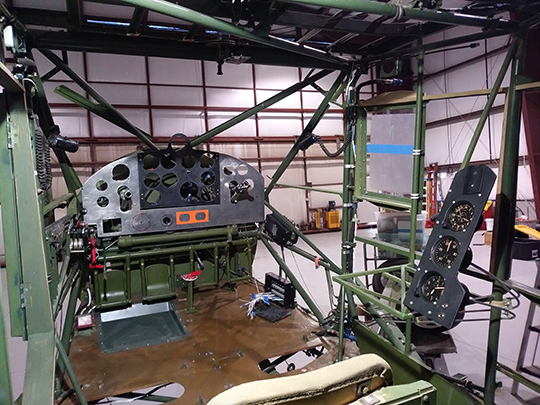 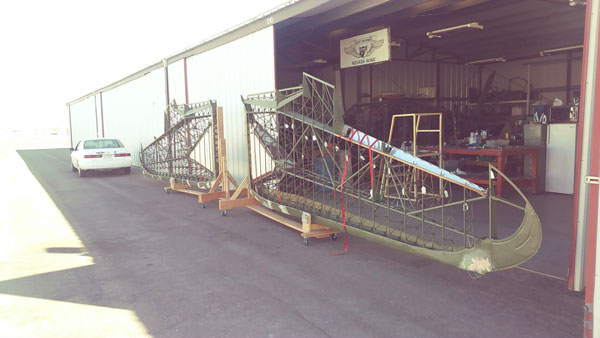