ASPEN, COLO - August 2021 – Amid a nostalgic backdrop reminiscent of famous drive-in theaters of yesteryear, Filmmaker/Photographer/Pilot Dirk Braun recently made the theatrical debut of his new 77-minute breakout documentary, FLYING BOAT, which kicked off The 68th EAA AirVenture Fly-in in Oshkosh, WI., the largest aviation celebration in the world.

Attending the World Premiere were Managing Editor Hal Bryan of EAA who introduced Braun to thousands of aviation enthusiasts, many who posed with the filmmaker at the entrance to the Fly-in Theatre where a spectacular FLYING BOAT neon sign welcomed guests.

In celebration of the movie, Braun is donating a portion of the proceeds from the sales of 100 limited edition fine art FLYING BOAT film posters (both signed and framed) to Pan Am Museum Foundation, Wittman Regional Airport in Oshkosh, WI and Aspen Flight Academy.

To kick off the World Premiere, Braun, together with pilot/cast member Joe Duke, arrived at Wittman Regional Airport in an award-winning 1954 Grumman Albatross, one of only 12 G-111 models made (featured in the movie) and only a handful of airworthy examples that are in existence today.

According to Braun, the spectacular aircraft boasts a large twin radial engine (1425 hp each), is an amphibious seaplane first used for open ocean search and rescue and is arguably the most diversely capable and well traveled aircraft ever made.

“My goal for the movie is to encourage those interested in traveling and exploring to realize that travel is about the epic journey as well as the destination. I hope it inspires viewers to pursue their dreams no matter how big or unattainable they may seem,” says Braun.

Following the World Premiere, the film was shown at Marcus Theatre in Oshkosh where aviation legends Robert DeLaurentis, American aviator, businessman and author together with Dick Rutan, a retired United States Air Force officer, fighter pilot and test pilot, congratulated Braun before viewing the film with other movie goers, and participating in an engaging Q & A following the public screening. 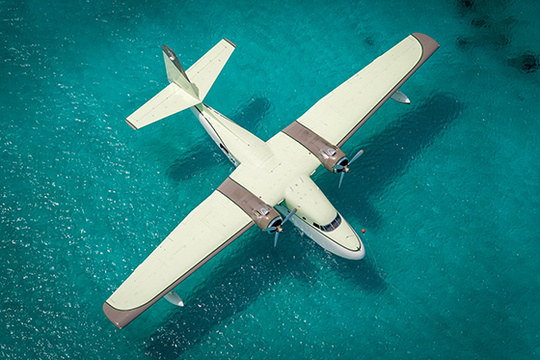 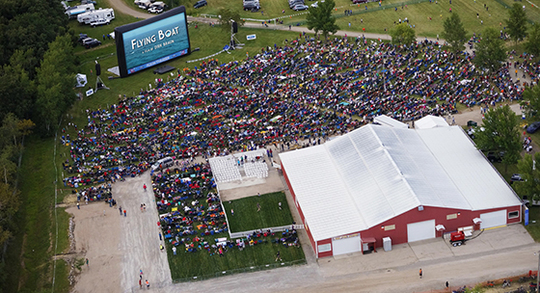 ABOUT THE FILM: Set in the dream of Producer/Director Braun, the 77-minute aviation documentary is about the experience of flying the legendary Grumman Albatross, a near perfect blend of form and function, told through 10 passionate mechanics and the pilots who have restored, fly, and maintain the last remaining examples of this legendary aircraft.

Breathtaking aerial footage of the aircraft in motion is integrated with untapped archival footage from the long lost era of adventure and romance. The film underscores the importance of preserving the flying boat's history for future generations. 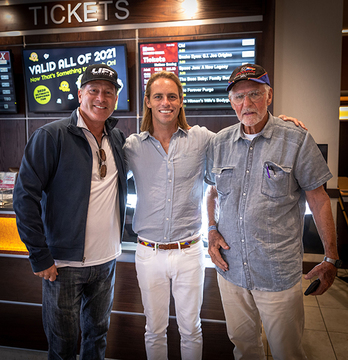 Photo Caption to Accompany the Attached Visual Image: WITH AVIATION LEGENDS – Legendary Aviator Robert DeLaurentis, American aviator, businessman and author (left) who was the first solo pilot to fly a Piper Malibu Mirage, a small, single-engine plane, around the world in 2015, together with Filmmaker/Photographer/Pilot Dirk Braun (center) and Dick Rutan, a retired United States Air Force officer, fighter pilot, test pilot, and record-breaking aviator who in 1986 piloted the Voyager aircraft on the first non-stop, non-refueled around-the-world flight (right) congratulate producer/director Dirk Braun during the week of the The 68th EAA AirVenture Fly-in at Oshkosh, WI), where the World Premiere of Braun’s breakout documentary, FLYING BOAT was the headliner at the 2021 festival, the largest aviation events in the world. Pictured are the trio at the public showing of the movie that recently debuted at Marcus Theatre in Oshkosh, WI.

In celebration of the successful showing of the long form documentary film, Braun is donating a portion of the proceeds from the sales of 100 limited edition signed and framed fine art FLYING BOAT film posters to Wittman Regional Airport, Pan Am Museum Foundation and Aspen Flight Academy. FLYING BOAT underscores the importance of preserving the flying boat history for future generations. The image in the poster and other fine art prints by Braun were taken from scenes in the movie that boasts a beautiful blend of footage from iconic and exotic locations around the world. www.FlyingBoatFilm.com