Dallas, TX /Austin, TX (November 1, 2018) – Tockr and The Commemorative Air Force (CAF) have teamed up to create a series of watches made with rescued material from a historic C-47 known as That’s All, Brother, that lead the D-Day invasion. These limited-edition watches preserve vital history under each dial and contribute to CAF’s mission to fully restore the airplane to its original 1944 configuration.

As part of its efforts to preserve American military aviation history in order to educate, inspire and honor those who served, the CAF acquired the historic C-47That’s All, Brother and set out to restore it to flight-ready condition. In the process, damaged portions of the aluminum exterior had to be removed and replaced. Rather than discard this sentimental material, the CAF approached Tockr, a Texas-based watch brand known for its aviation watches, including an existing C-47 watch collection. Together with CAF, Tockr engaged esteemed watch designer Emmanuel Gueit to design a new limited-edition watch that would incorporate the salvaged plane material as a focal point: the Tockr D-Day C-47. 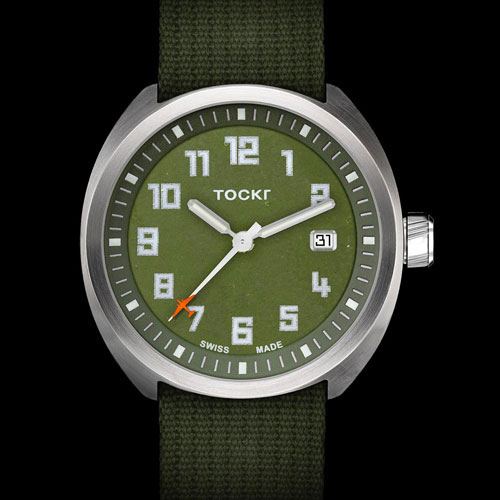 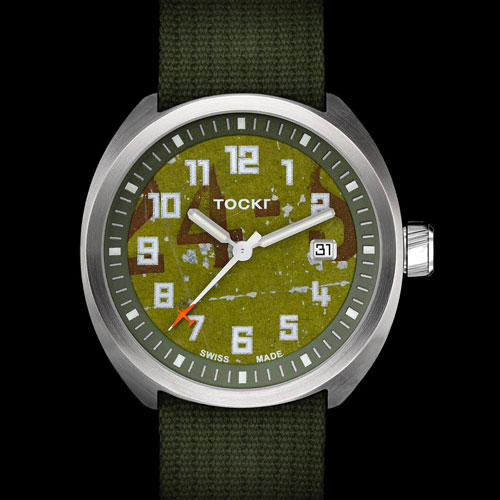 “The Commemorative Air Force is excited to work with Tockr on the D-Day watch,” said Leah Block, CAF Vice President of Marketing: “The Invasion of Normandy is a defining moment in American history. We believe this history is worth saving and worth preserving. This watch is an extraordinary tribute and way to remember the sacrifice of those who served our country.” Tockr Founder Austin Ivey also observed: “I founded Tockr to combine my two loves of aviation and watches, and also to honor my grandfather, a pilot who actually flew C47 aircraft during World War II. When The Commemorative Air Force approached Tockr for this project, we immediately accepted. I can’t think of any better way to honor my grandfather and brave WWII veterans like him than by creating a special watch in their honor, using material from the C-47 aircraft that lead the D-Day invasion. Though working with this salvaged material presented challenges, we made every effort to preserve and protect the unique character of the aircraft material used in each dial for posterity.” 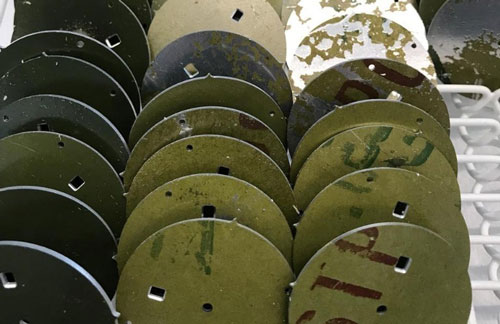 Although every D-Day C-47 is assembled in Switzerland, the design produced for Tockr by Emmanuel Gueit is decidedly American. Made in batches of 100, each numbered piece contains a unique portion of That’s All Brother as the base for its dial, preserved under sapphire crystal. The unique dials bear evidence of their history with distinctive weathering, each a fragment of a much larger story that the CAF has preserved in the restored C-47 aircraft. The Tockr D-Day C-47 comes in three dial styles, each ranging from dark to light military hues of brown and green, but differentiated by varying degrees of original weathering, chipping, and scratches and distinctive markings. “Clean Cut,” offers the lightest degree of weathering, while “Stamped,” features medium weathering, with some original type in yellow, brown or blue hues. A third “Hard Worn” variation is heavily weathered, crackled, and chipped with large areas of exposed aluminum.

The watch’s 42mm cushion case contains a Swiss self-winding ETA-2824-A6 movement, which offers 40 hours of power reserve. Three hands observe the passing of time, mere millimeters above a piece of American history, protected beneath an anti-glare sapphire crystal. The D-Day C-47 watch comes with two straps, one made of drab canvas webbing and one made of leather, each featuring a ‘quick change’ spring bar. The case measures 42mm in diameter and bears the iconic ‘That’s All Brother’ Nose Art faithfully engraved on its case back as it appears painted on the original aircraft. The individually numbered watches come with a certificate of authenticity signed by the CAF guaranteeing use of genuine material from That’s All, Brother.

In 2019, CAF and That’s All, Brother will return to the skies over Normandy for the commemoration of the 75th anniversary of D-Day, retracing the path from the United States to England and on to Normandy. The launch of the Tockr D-Day C-47 marks the passage of time and the upcoming 75th anniversary of D-Day, while perpetuating the legacy of the brave veterans who accompanied That’s All, Brother on that fateful day for generations to come. Tockr Co-Founder Sophy Rindler remarked, “Throughout this project, I grew so attached to That’s All, Brother, an experience which reinforces to me the deep emotional bond we share with history. It is a great privilege to preserve and immortalize this iconic aircraft in our Tockr D-Day C-47 watch dials.”

About Tockr™: Tockr™ is an American watch brand with a Swiss-made heart, founded in Austin, Texas in 2017. Inspired by the legacy of his grandfather, a U.S. Army pilot who flew C-47 aircraft during World War II, Founder Austin Ivey set out to combine his lifelong passions of watches and aviation in an accessible collection of aviation-inspired watches. In a short time, Tockr’s iconic C47 and Air Defender watch collections have already captured the imagination of watch enthusiasts around the world. Inspired by the past while looking toward the future, Tockr is forever #tickingforward. Discover the universe of Tockr at tockr.com, and the new Tockr D-Day C-47 at tockr.com/dday.

About the Commemorative Air Force: The Commemorative Air Force is a 501(c)(3) non-profit organization based in Dallas, and the recognized leader of the Warbird Movement—the effort to preserve and honor American military aviation history. Since it was founded in 1957, the CAF has accrued 170 historic aircraft—the largest collection of vintage military aircraft in the world. Educational outreach programs impact an estimated 20 million Americans each year thanks to over 12,000 volunteers who support the CAF nationally and overseas. The Commemorative Air Force honors the men and women who built, maintained, and flew in American airplanes during World War II. The organization believes that is best accomplished by maintaining the airplanes in flying condition; taking the airplanes to the people, allowing them to experience the sight and sound of the aircraft in flight. For more information, visit www.commemorativeairforce.org.