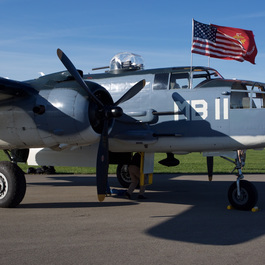 The PBJ-1J “Mitchell” flew into Camarillo from Midland, Texas in April, 1993.

After inspection, the aircraft was put into our long restoration process, and at the conclusion this “Mitchell” is as brand-new as it was when it came off the assembly line.

The B-25 Mitchell is painted in the colors of a Marine Corps PBJ-1J, named “Semper Fi” with Globe and Anchor painted on the starboard nose. 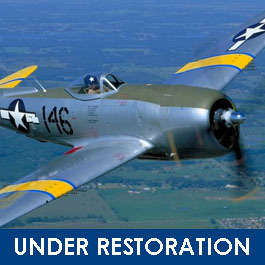 The P-47 Thunderbolt was one of the most produced aircraft during World War II, and plays a very important role in the CAF’s fleet. The P-47 earned a reputation as a tough airplane due to its beefy construction and a stunning ability to absorb punishment while still bringing its crews home safely.The CAF's P-47 was built at the Republic Aviation Factory in Evansville, Indiana. In a 2006 accident, the CAF's P-47 engine caught fire, causing the pilot to execute an extremely skilled emergency landing, saving his life and the aircraft.

Our P-51D Mustang, tail number 44-72739, was built in the North American Aircraft factory in Inglewood, California on February 15, 1945 and was shipped to the fighter pool at Stanstead, England in March of that year. Too late to see combat in WWII, 44-72739 was returned to the US and assigned to the New Jersey National Guard.

P-51D 44-72739 was reclaimed by US Air Force in 1950 for service in the Korean War but again did not see any combat action. It was returned to National Guard duty until declared as surplus and auctioned in 1956. 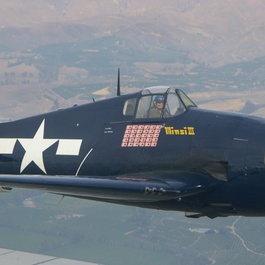 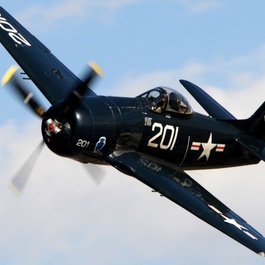 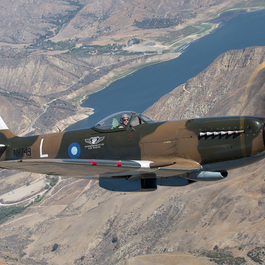 Only 957 production Mk XIVs were built. It was the first Spitfire in large-scale production with the V-12 Rolls Royce Griffon 65 engine, and entered service in 1944. The Mk XIV was the most successful of all the variants at destroying V-1 flying bombs, accounting for 300 kills. In October 1944 a Mk XIV had the distinction of being the first to destroy a jet-powered Messerschmitt Me 262. Our Spitfire was built at the Aldermaston factory in Berkshire, England and then delivered to the Royal Air Force. The aircraft was shipped to Karachi, India in July, 1945 for anticipated operations in Southeast Asia. In 1947 it was transferred to the Indian Air Force. In 1983 the aircraft was found... ... 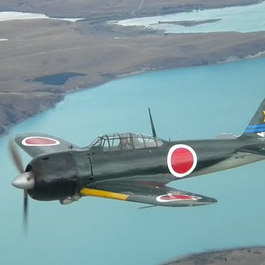 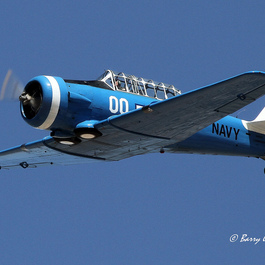 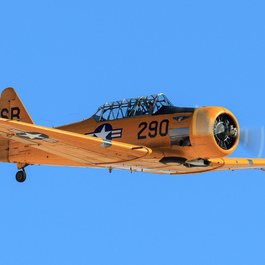 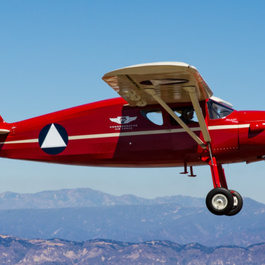 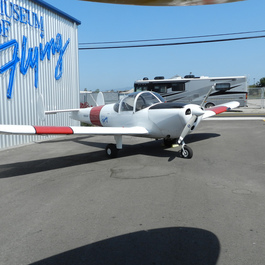 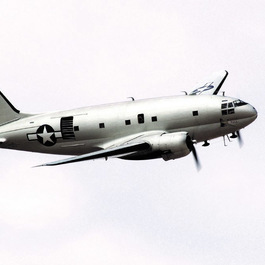 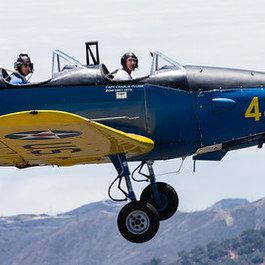 This beautifully-restored antique training plane is owned by Capt. Charles Plumb, USN (Ret.), of Calabasas, CA. Charles flew F-4 Phantoms during the Vietnam conflict, and was shot down on his 75th mission. He spent 5 years and 9 months in a communist prison, and learned how to survive and come out of it stronger than when he went in.He now gives motivational speeches all over the country on how one can survive in adversity. Take a flight, open cockpit down the Ventura shoreline, in this wonderful flying World War II trainer.